Your Best Choice
When You Need To Be Pest Free

Your Best Choice When You Need To Be Pest Free

Your Best Choice When You Need To Be Pest Free

Most subterranean termite colonies consist of three different castes or types of termites: the reproductive caste, the soldier caste, and the worker caste.

The reproductive caste consists of the king, the queen, supplementary reproductives and the alates. Their job is to produce more termites or start new colonies. Most people only encounter the alates. These are winged termites, and while most termites are lacking pigment and white in color, these are pigmented and dark in color. This pigmentation helps protect them from the UV rays of the sun, so they can perform the one job they were created for. That job is to fly as far from the current colony as they can, pair up and start a new colony.

The soldier termites have larger heads with noticeably enlarged mandibles and perform one function: to protect the workers and the colony from predators.

The workers are white and perform all the work, including consuming wood and feeding it to the rest of the colony. They are the ones that cause all the damage. They are constantly moving up, entering the wood, feeding, and then moving back down into the ground to feed the other termites by means regurgitation, also called trophallaxis.

There are statistics on the rate at which a specific species of termite colony feeds; however, these are misleading as they are “sterile” numbers. That is to say, the data was collected under specific conditions that don’t always exist in the field. The rate at which damage occurs is affected by the ambient temperature, colony size, how many competing food sources there are, number of colonies infesting the structure, species/hardness of wood, wood moisture content, etc. Treatment typically involves treating the soil they pass through, using baits, adding exclusion devices to prevent access, or treating the wood itself.

Protecting Your Property from Termites

About Termite Treatments
Every pest control business in the state is supposed to treat termites the same way, but this does not always occur. Some companies water down their chemicals in an effort to save money; some technicians are careless, undertrained, or simply lazy when it comes application of the termiticides. Adam has been treating termites for more than 15 years. He is Certified by Clemson University as a Master Termite Technician. He is one of a very select few certified Master Termite Technicians in North Carolina. He personally trains each technician to his exacting standards and oversees each termite treatment. So you can trust Adam’s Pest Solutions to do it the right way, by the book, every time!
Pre-Construction Termite Treatments
Protecting Your Property Before Construction is Complete By law, all structures built in North Carolina require a pre-construction preventative termite treatment. There are four types of preconstruction treatments accepted in the state: liquid pre-treatments, borate pre-treatments, baiting system pre-treatments, and Termimesh termite barriers. Pre-construction treatments are usually performed by builders, contractors, and occasionally the future owners themselves. The treatment varies slightly depending on the type of construction: crawlspace, slab, basement, stilt, or a combination of those. Knowing how to perform a proper treatment, whether it is on a simple addition or detached building like a garage, residential home, or even a large commercial building or complex, is essential for proper control and minimizing costs. We are dependable, professional, and offer competitive rates. Call Adam’s Pest Solutions today!
Post-Construction Termite Treatments
Protecting Your Property After Construction is Complete There are two types of post-construction treatments accepted in North Carolina: Baiting Systems and Liquid Treatments. Baiting Systems Baiting systems usually involve the installation of bait stations below ground with a top access port at or near grade and are placed around the structure(s) at regular intervals. They work by intercepting foraging termites and ultimately enticing them to consume and share bait impregnated with a termiticide. They are a great option for companies who are or looking to be LEED certified (Leadership in Energy and Environmental Design). There are several different systems to choose from. Each operates slightly differently from the others, and each has its pluses and minuses.
Liquid Treatments
Liquid treatments, unlike bait stations, provide a physical barrier to termites. There are a variety of liquid termiticides that offer different modes of action and different minimum lifespans. Some repel termites without actually killing them, while some kill the entire colony. Some last 5 years, others a decade or more. Costs of termiticides can vary greatly in price, usually with the longer lasting, most effective products costing more.
Choosing the right Termiticide
Some companies will offer you a choice of products; others don’t. Understanding what you’re buying is critical to making an intelligent choice. Don’t let a company choose for you; most of the time, the company will pick is what is best for them, not you. We at Adam’s Pest Solutions always educate our customers about the different options, and we do so in simple, easy-to-understand language, so you can make an educated choice. Understanding what you are getting for your dollar is essential when deciding on a treatment. Keep in mind, too, that some companies will continue to make yearly inspections and collect their yearly fee long after the termiticide protecting the structure has worn off. When outbreaks do occur under the warranty, they simply treat that area without retreating the whole structure. When damage does occur, often these companies often don’t willingly pay for damages and may even have exclusions so that they don’t have to. Just treating the area may be fine if the termite barrier is intact. However, if there is no barrier, it is a substandard method of treatment. It is like patching a hole in a tire, which works fine as long as you have a tire. But what good is a patch if there is no tire? On the other hand, we at Adam’s Pest Solutions always inform our customers when the termiticide has reached its minimum lifespan and offer to renew their barrier. We give you the tools you need to keep your property protected from termites, today and long into the future. So make the right choice, and give us a call today! Get it done right! Get it done Professionally! Call Adam’s Pest Solutions Today! 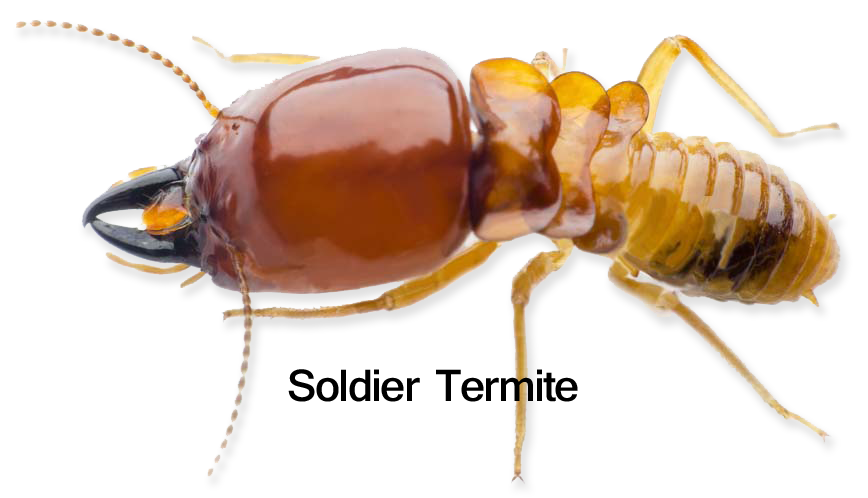 Do you have Termites? We're Here To Help!

We have had a serious ant problem, and we have tried several other pest control companies in the last 2 years try to solve it. Nobody could really take care of it until Adam. Adam took our problem very seriously and spent a lot of time to diagnose the problem and develop and implement a solution. This company is the best of the best and we highly recommend them.

We truly care about our clients and our services.